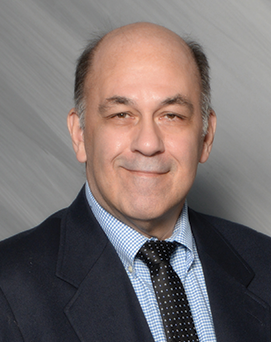 Print Profile
Back to Brokers Menu
Print Profile
Scope of Service Experience
Peter is the Team Leader of the Government Services Group of NAI Hanson. In this position, Peter is responsible for the coordination and implementation of the Jersey City, New Jersey account. He supervises the team (consisting of three other associates) in preparing a two-phase real estate consolidation plan for the City’s governmental divisions, departments and agencies. Phase One includes space planning, relocation of communication systems, negotiations with landlords and outside service providers for all leases and contracts. In Phase Two, the team is searching for potential locations for new government offices to be constructed, long-term planning for consolidation of all government services located in leased spaces into City owned property is the goal. The Hanson team is also working with the City’s Public Safety Departments in upgrading and, in some cases, relocating various Public Safety facilities to new buildings and/or new locations.

Background & Experience
Peter A. Cohen has been actively involved in municipal, county and state government and operations for more than 20 years. As the Executive Director of the North Hudson Council of Mayors, Peter was responsible for the operations of multiple government facilities providing Senior Citizen services as well as community health programs. As Chief of Staff to former County Executive, Peter played an active role in the management of 3,500 employees, multiple government buildings and a budget of over $325,000,000. At the state level Peter was assigned to various divisions in the Department of community Affairs and the Department of Environmental Protection and Energy as a troubleshooter for the two commissioners. As the Director of Community Development for the City of Hoboken, Peter was lead negotiator for New Jersey’s first public and private partnership with the City of Hoboken and United Water Resources, creating a joint public and private water services company.

Peter is a member of the City of Jersey City Arbitration Team working as the real estate consultant in the relocation of several municipal agencies and departments pending a court mandated contaminated soils clean up by a national corporation as the responsible party.