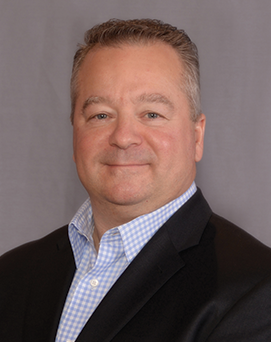 Career Summary
Andrew has worked in the Commercial Real Estate Industry since 1989. He has provided a broad array of services to his clients, while specializing in the industrial and office sectors. His in-depth market knowledge and integrity are the basis of his professionalism. As an active member of the Society of Industrial and Office Realtors, (SIOR) he is required to comply with advanced educational programs and the highest ethical standards. Andrew is also a Charter Member of the NAI James E. Hanson, Inc. Presidential Council.

Andrew began his career at NAI Hanson as a Research Analyst. He was promoted to Vice President in June 1998 and Senior Vice President in 2005, making him the youngest member of NAI James E. Hanson, Inc. to hold that position. He became Director of the Industrial Group in February 2001, received “Salesperson of the Year” in 2000, 2004, 2012, 2014, 2016, 2017 and 2019, and the “enHANSONment Award” in 2001. In 2001, he also received the “Significant Transaction Award” from ProLogis Trust Corporation while being mentioned as one of their “Brokers of the Year”. In 1998, he was also recognized by ProLogis, and was awarded their “Acquisition Broker of the Year”. In 2014, he completed one of the largest office deals in the State of New Jersey when Suez North America (formerly United Water) signed a lease for its new headquarters in Paramus, NJ. Andrew has received the “Most Transactions Award” from NAI James E. Hanson in 1996, 1997, 2011, 2015, 2016, 2017 and 2019. During his tenure, he has been named “Salesman of the Quarter” 28 times.

“ As office environments have become more unstructured and companies move their data to the cloud, we’ve seen our data destruction and logistics business grow rapidly to meet the market shift. We required a significantly larger physical space near our former location and major highways to continue servicing our IT VAR and ITAD clients. Locating and securing the perfect property became an easy and seamless process with the assistance of our broker Andrew Somple. Working with NAI, we found a bigger and centrally-located office and warehouse space that offered a custom buildout. And negotiating the lease was not a battle. NAI was a pleasure to work with and instrumental in supporting the future growth of Guardian Data Destruction and our global Fortune 500 market.”
– Glenn Laga, President & Founder • Guardian Data Destruction

“It was a mad rush, but Andrew put all the pieces together in December and assumed a leadership role. He coordinated with the various disciplines of the due diligence team to complete this deal. We are thankful for his efforts, patience and professionalism.”
– Co-Principal • S&K 2000 Inc.